Not many would have imagined the company behind the Yeo's logo, was once a little shop in China making soy sauce out of Zhangzhou, Fujian Province.

Founded by Mr Yeo Keng Lian in 1900, the Yeo's family laboured hard to ensure that the product they offered was of the highest quality, a belief that was vividly upheld until today.

The Yeo's brought the business to Singapore in the 1930s by setting up the Yeo Hiap Seng Sauce Factory. Business flourished as the soy sauce grew to become many Singaporeans' favourite companion in their daily cooking.

With gaining popularity, Yeo Hiap Seng expanded into more diversified food and beverage products under the Yeo's brand. Apart from the traditional soy bean drink, a hit favourite for many locals, the company also produced a series of Asian traditional beverages made from natural ingredients and herbs, and a wide range of products from chilli sauce, soy sauce, culinary sauce, sesame oil to instant noodles.

Today, with direct operations in Singapore, Malaysia, Indonesia, Hong Kong, China, Canada, US and other parts of the globe, Yeo Hiap Seng has grown into a successful food and beverage group of companies with an international presence.

Though the company has grown into a world class conglomerate from its soy sauce making days, one thing remains certain: it will continue to offer products of the highest quality, using the finest ingredients, in order to bring the best value to the consumers.

That, will never change for a hundred years to come. 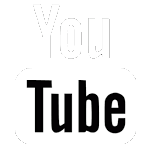 What People are Saying